Across the River Trade Book (Hardcover)

A bear cub braves the wintry forest and a frozen river to gather chestnuts for his father during a long hibernation. Once spring arrives, the father bear learns his cub had to battle an injured leg from a hunter’s trap in order to help him survive the winter. Now the cub has traveled far across the river to join his mother before the father bear can thank him. 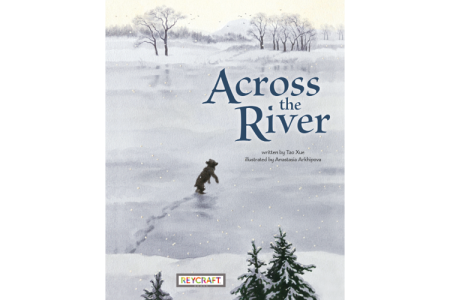 Sifan YANG, picture book writer, illustrator, has been focusing on publishing children’s book in the past 15 years. In the earlier times, he was an editor for a children magazine and after that he became the art director for the magazine. At the same time, he has illustrated for more than hundreds of children’s books. He has published 15 picture books. His style is relaxed and humorous, concise and creative, with unique personal features. His work looks like gaming but contain deep meaning in it.